Together with Twitter, we’ve executed a global B2B marketing program and helped to establish what Twitter calls the Chirping Program. While we faced a variety of challenges along the way, there were many successes and learnings from the experience. Twitter wanted to capture the untapped market potential in Asia-Pacific, Latin America, the Middle East and Africa, but they first needed to prove the concept of Twitter to win new customers in these regions. The main challenge was creating local customer case studies fast enough for the Twitter sales team to use on the ground.

We worked with a senior marketing director and created the global Twitter Chirping Program to streamline the process of identifying and showcasing Twitter customer success stories of local brands across several continents. The central concept of our global Twitter customer evidence program was “Think global, act local”, a phrase that is often easier said than done.

SCOPE OF THE PROGRAM

We launched the program first in Southeast Asia and then scaled to other parts of Asia-Pacific, Canada, Russia, Latin America, the Middle East, North Africa, and beyond. We tapped into the Wings4U global team by appointing project managers for major regions and relying on our worldwide network of writers and videographers. The program reported to a central global hub run from Singapore, and was closely linked with Twitter’s regional headquarters in the same city. Our team was flexible and roles were adapted to Twitter’s needs. 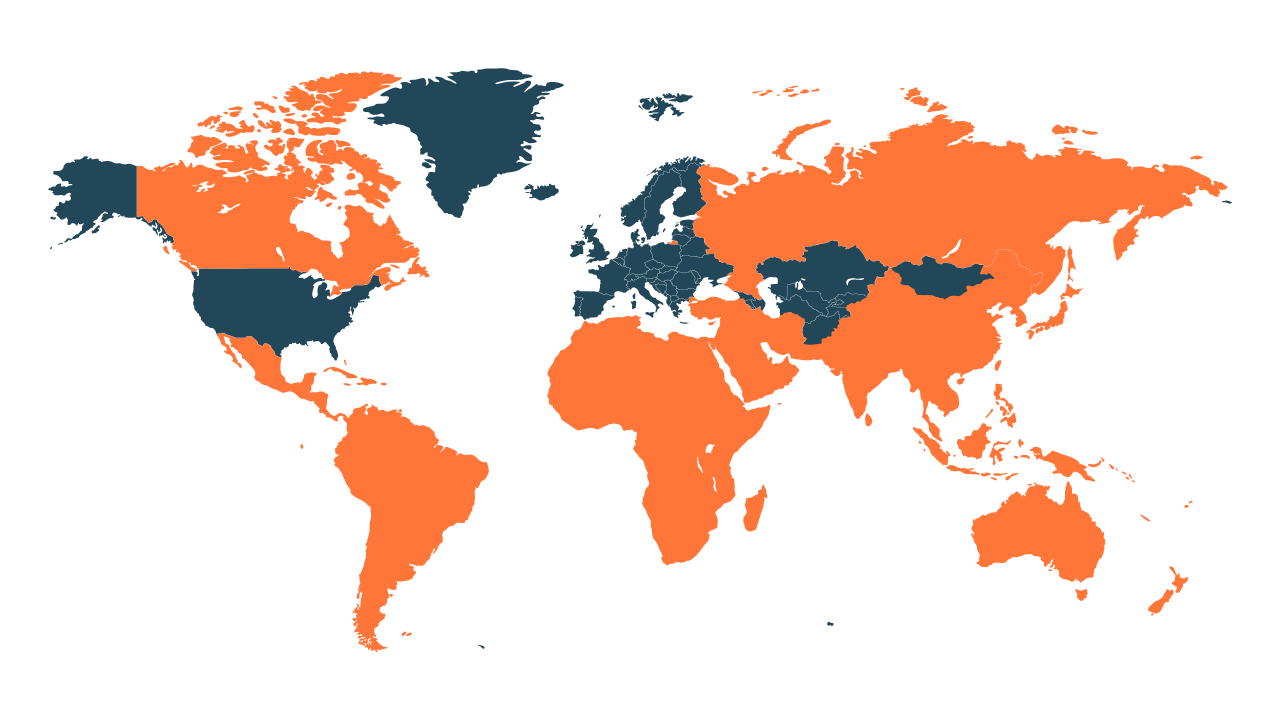 Communication across local and global teams is critical in any international marketing program. Wings4U team was a linchpin for the flow of information cross-continent and cross-team on Twitter’s global customer evidence program. We served as the global hub for the program, facilitating key communication channels between local Twitter marketers in Asia, Latin America and the Middle East and North Africa with Twitter’s Singapore headquarters.

Translation is not an afterthought. The virtual network of Wings4U writers and videographers conducted interviews with local Twitter customers from China to Dubai in their local languages. Our writers and videographers created customer case studies in nine languages, including Japanese, Chinese, Spanish and Portuguese in the style and tone that best fit their culture. We also made it a point to stay true to the brand during the process – using Twitter’s voice and staying on top of evolving Twitter branding guidelines.

KUDOS FROM OUR CLIENT 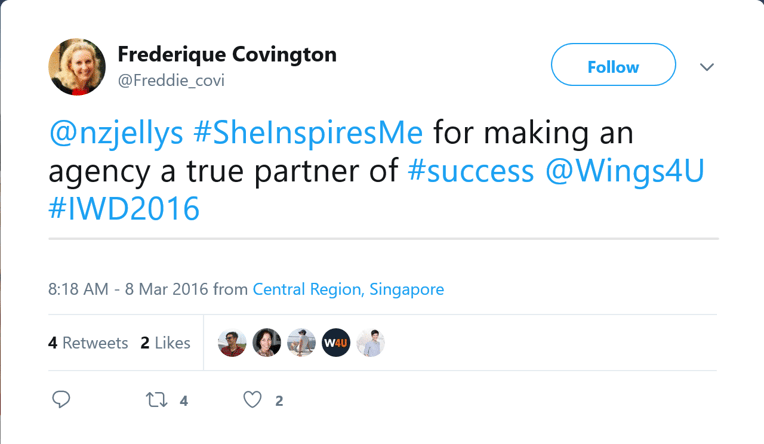 Are you interested in implementing a Customer Evidence Program in your organization? Let's schedule a call to discuss how it could benefit your company.

The best way to keep your hand on the pulse of Wings4U is to connect with us on social media: